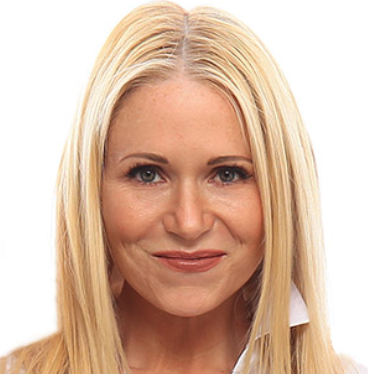 Dana R. Carney is an associate professor at Berkeley Haas and an affiliate of the UC Berkeley Department of Psychology. She is also director of the Institute of Personality and Social Psychology (IPSR) and a Barbara and Gerson Bakar Faculty Fellow. Carney studies social behavior, and she is particularly interested in the behavioral expression of prejudice, political affiliation and engagement, generosity, power, and status. Her work often dives deeply into the most micro aspects of social behavior—nonverbal behavior—and much of her work seeks to uncover what it is we actually do with our bodies and faces when we express prejudice, or status, for example. She has been invited to share her research and teaching at academic conferences, universities, and companies all over the world. To Wall Street, she often instructs on topics related to power, status, corruption, and deception. To biotech, pharma, and tech she instructs on topics related to subtle forms of prejudice and discrimination, teamwork, culture, power, and nonverbal communication. At the National Labs, she instructs on teamwork, diversity, and social networks.

Carney teaches undergraduates and MBA and Ph.D. students at Berkeley Haas and in the Psychology Department. She has published over 40 research articles, many of which are highly cited and visible in the media and in popular books. In 2011 she received the National Science Foundation’s CAREER award in Social Psychology and in 2010 the Rising Star award from the Association for Psychological Science. Carney received her PhD in social psychology from Northeastern University in 2005 and was a postdoctoral fellow in the Department of Psychology at Harvard University until 2008.

10 Things Every Businessperson Should Know About Nonverbal Behavior

Your nonverbal behavior is much more impactful than you think—you can make people feel valued and included or devalued and excluded—with merely a glance (or not). This session focuses on 10 simple things you can do to optimize interactions with others. Lessons learned can also be directly applied to *your* ability to better understand others’ nonverbal behavior.