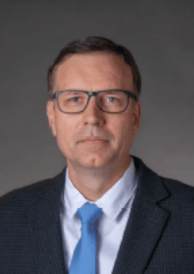 Mr. Dial joined American Century Investments® in 2019 as Vice President, Senior Retirement Strategist. Mr. Dial has over 25 years of retirement industry experience. Prior to joining American Century Investments, he was Head of Retirement Strategy at Allianz Global Investors, and prior to that, National Sales Manager for the Defined Contribution Investment Only business at JPMorgan. Mr. Dial holds two patents as the co-inventor of the “method and system for evaluating target-date funds.” He has led the creation of several industry leading tools and programs such as the Target Date Compass, the Glide Path Optimizer, the Certified Behavior Finance Analyst audit program and Risk University. Mr. Dial is also a nationally known speaker in the Defined Contribution industry and has written articles or been quoted in most of the industry publications.

Mr. Dial is recognized as one of the 100 Most Influential People in the Defined Contribution industry according to the 401kWire.com surveys in 2015, 2014, 2013. He has a B.S. /B.A. in finance from the University of Central Florida and an M.B.A. from Rollins College.

Ed Talk 3: A Blueprint for Target-Date Fund Evaluation and Selection

Selecting the right target-date fund (TDF) option has become more complex for fiduciaries. Target-Date Blueprint is an online solution designed to help simplify the review and selection process. This discussion provides an in-depth look the DOL’s Tips for ERISA Plan Fiduciaries, and how you can use the Blueprint tool to evaluate TDF fund families and align monitoring and selection efforts with both the tips and a plan’s demographics.