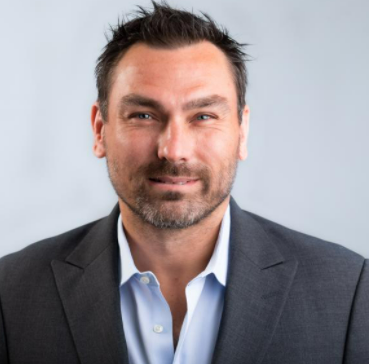 General Session 1: Getting Things Done in a Networked World of Distributed Trust

Senior executives across industries and functions—especially those in customer-facing business-development roles—face a world in turmoil. The shift to less hierarchical organizations has triggered a movement away from vertical command chains to horizontal lines of cooperation. At the same, time the rise of technology-enabled social media and sharing economy firms (e.g., Uber and Airbnb) have upended our traditional thinking about trust and reputation, both of which are essential in high-touch businesses. Trust and reputation are now grounded not in traditional institutions and brands but in the social networks around us. We still trust, but not the way we used to.
Living in a world of distributed trust has implications that must be understood if we are to craft actionable strategies for ourselves as leaders and for the complex organizations we manage. This session will provide you with a better grasp of social network concepts, which will help you navigate the world of distributed trust. Although it may be intuitive that successful management of social networks is critical for successful execution, intuition alone is often insufficient when to comes to delivering a successful outcome. An incomplete or misinformed understanding of how networks channel resources often results in missed opportunities and misplaced attention. You will discover what it means to have social capital, and how having it is linked to growing the top line (new customers, new products, and new processes) and bottom line via increased resource utilization efficiencies. You will also learn how the concept of social capital allows you to make sense of a world in which trust is not built via institutions and brands but earned and awarded by others.

John Burrows is a senior lecturer in leadership at the University of Chicago’s Harris School of Public Policy and an associate fellow at Oxford University’s Saïd Business School. He also teaches healthcare leadership in a newly launched double masters degree program in health policy taught jointly by the University of Chicago and the London School of Economics and Political Science. Previously, he was an adjunct professor at The University of Chicago Booth School of Business. Previously, Burrows’s career spanned the public, private, and non-government organization sectors. He originally came to the United States from the United Kingdom to volunteer at the Southern Center for Human Rights and the Mississippi Capital Defense Resource Project. During college he interned with other anti-death penalty groups and also at the Cato Institute, a think tank in Washington, DC. Later he joined Arthur Andersen’s Office of Government Service and led engagements with the U.S. Department of Justice and the Department of Housing and Urban Development. Later, he was a partner with the consulting firm Accenture and held senior roles in sales and marketing at enterprise software companies including Siebel and Oracle. He negotiated, sold, managed, and implemented complex, multi-national, multi-million-dollar projects around the globe, and gained experience building and growing operations in the United Kingdom, United States, and Japan. During his PhD studies, Burrows served as an advisor for Houses for Africa, a social enterprise firm based in Cape Town, South Africa. At the University of Chicago and Oxford, Burrows teaches leadership, negotiations, strategy, decision-making, and organizational psychology to MPP, MBA, and MA students, and to senior executives in open enrollment and custom executive-education programs. Custom executive education clients of John's include AbbVie, Alfa, American College of Surgeons, American Orthopaedic Association, Aon, BBVA, Brainlab, Cheung Kong Graduate School of Business (CKGSB), Civil Service Bureau of Hong Kong, Edelman, Health Care Service Corporation (HCSC), Kiewit, Kuwait University College of Business Administration, Merrill Lynch, State Farm, Syngenta, Trelleborg, and Workiva. For three years now, he also has taught each cohort of the University of Chicago's International Innovation Corp Fellows Program. He currently serves on the advisory board of Profitable Ideas Exchange, which builds communities of senior executives to tackle many of the world’s greatest challenges and consults with clients across industries and geographies.