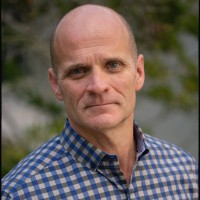 Born in the Panama Canal Zone, the son of a U.S. Army Green Beret medical doctor, Jon is one of four U.S. Navy SEALs in his family. After graduating from Old Dominion University in 1994 where he was captain of his Division One wrestling team, he enlisted in the Navy. He completed BUD/s, (Basic Underwater Demolition/SEAL Training) and served as Sniper and Tactical Communicator at SEAL Team Four.

In 1999 he was selected for Officer Candidate School, earned his commission, and returned to the SEAL Teams as an officer. After serving in the leadership positions of Platoon and Task Unit Commander at SEAL Teams Three, Ten, Four, and SEAL Delivery Vehicle Team Two he earned assignment to Joint Special Operation Command’s Naval Special Warfare Development Group. At Development Group, he served as a Troop Commander and Operations Officer for two of JSOC’s primary assault squadrons. Commander Fussell led hundreds of combat missions in support of Operations Iraqi Freedom and Enduring Freedom from 2001-2011; including numerous National Level missions and the formation of the first ever U.S. led personal security detail for the president of Iraq. Among other awards, he has earned four Bronze Stars with Valor, and two Presidential Unit Citations. During his service, he was schooled in a wide range of military skills, including diving, parachuting, mountaineering, communications, weaponry, mini-sub piloting and navigation, and earned his Master’s Degree in Defense Analysis from Naval Postgraduate School.

While pursuing his Master’s Degree, Jon and his team partnered with dozens of fortune 500 companies in order to compose a thesis focused on the identification, grooming and retention of high potential leaders within organizations. This work was later instrumental in the creation of The Honor Foundation, a nonprofit focused on aiding Veterans of the Special Operations Community in their transition to the civilian sector post their military service. In preparation for his own retirement, Jon studied leadership in the public sector through executive education programs at both Harvard and Oxford, trained as a Life Coach with I-PEC and received his Investment Foundations Certification from the CFA Institute.

As the financial advisor-client relationship continues to evolve amid changing investment behaviors and evolving client dynamics, creating, developing and maintaining high-performing teams has become an unequivocal mandate for committed and effective advisors. Teams, made up of mission-driven, process-oriented and growth-minded specialists are crucial to meet the growing demands and expectations of financial advisors. High-performing team archetypes exist across the professional landscape—from championship-winning basketball teams, to gold-medal-wearing swimming teams, to money-making executive teams. Each offer idiosyncratic value worth modeling. But for advisors, one of the most apt teams to emulate are Navy SEALs, who are process-oriented, goal-driven and systematic in pursuit of their goals—and unrelenting in their commitment to success, even amid unforeseen circumstances. Join this session with Jon Fussell, a retired Navy SEAL Commander, to better understand how SEAL teams function. Jon will discuss five core behaviors inherent to all high-performing SEAL teams that advisors can apply to their practices in order to help build lasting relationships with clients.