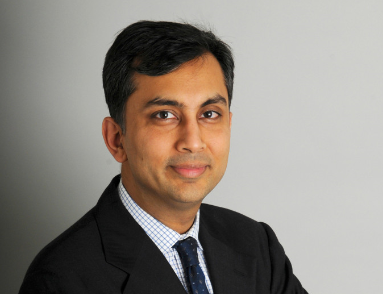 Finance has often been perceived as a business of swindling and deceit, and as a boring matter of spreadsheets and numbers. What makes both these impressions problematic is that finance is actually the lifeblood of our economy, as well as a moral and creative pursuit. Yet it lacks nearly any defenders on these grounds. Until now, that is. In this presentation based on his latest book, The Wisdom of Finance: Discovering Humanity in the World of Risk and Return (Houghton Mifflin Harcourt, May 2017), Professor Mihir Desai examines, through the prism of literature and moral philosophy, how finance betters individuals and the world. Since the financial crisis of 2008, finance as an industry and profession has been tarnished as morally suspect and corrupt. Firms and individuals in finance have failed to regain (or gain at all) the public’s trust in their methods and motives. In his writing and speaking, Desai reveals that if the financial industry is to survive popular disdain – and the political and regulatory attacks that come with it – those who work in and benefit from finance must mount a vigorous defense of its core principles of creation, growth and moral worth. In the process, men and women who work in finance will gain a better insight into their own careers and lives and, perhaps, a better understanding of what they do and how they can do it better.

Mihir A. Desai, PhD, is the Mizuho Financial Group Professor of Finance at Harvard Business School and a professor of law at Harvard Law School. Desai's areas of expertise include tax policy, international finance, and corporate finance. His academic publications have appeared in leading economics, finance, and law journals. His work has emphasized the appropriate design of tax policy in a globalized setting, the links between corporate governance and taxation, and the internal capital markets of multinational firms. His research has been cited in The Economist, Bloomberg Businessweek, the New York Times, and several other publications. Desai is a research associate in the National Bureau of Economic Research's (NBER) Public Economics and Corporate Finance Programs, and served as the co-director of the NBER's India program. His general interest publications include opinion pieces on varied topics, including tax policy and the effects of globalization on domestic welfare, in the Washington Post, the Wall Street Journal, Tax Notes, and the New York Times. He has also written for practitioners in the Harvard Business Review about the role of the global chief finance officer, how to reform the U.S. tax system, and how changing incentive systems have contributed to the degradation of American competitiveness. He has testified several times to Congressional bodies, including most recently to the Senate Finance Committee on corporate tax reform and inversions.