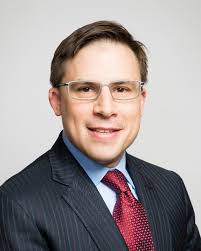 Investing During and After COVID: What’s Changed, What Hasn’t?

The global COVID pandemic changed the way business is being done and will likely continue to alter business practices going forward. How were investment practices and asset management affected and how will they be affected going forward? Have basic investment principals changed? If not, then what is different and how should best practices approach investment from now on? Moskowitz will explore the issues, touching on diversification across assets, markets, and factors; risk management practices; the threat of future crises; and how to navigate an increasingly uncertain and turbulent world. Learning objectives covered will be diversification, changing correlations and risk structure, factor investing, and asset allocation.

Tobias “Toby” Moskowitz was named the inaugural Dean Takahashi ’80 B.A.,’83 M.P.P.M. Professor of Finance at Yale School of Management in 2016. He was previously the Fama Family Professor of Finance at the University of Chicago Booth School of Business, where he had taught since 1998. Moskowitz serves as a research associate for the National Bureau of Economic Research and is a former editor of the Review of Financial Studies and a current associate editor of the Journal of Finance. His research studies financial markets and investments, including the behavior of prices and investors. He has explored topics as diverse as momentum in stock returns, biases in investment portfolios, the social effects of bank mergers, the return to private business ownership, mutual and hedge fund performance, the political economy of financial regulation, and the economics of sports. He has presented his research at many academic, corporate, and government institutions worldwide. Moskowitz was recognized by the American Finance Association with its 2007 Fischer Black Prize, which is awarded biennially to the top finance scholar in the world under age 40 in years when one is deemed deserving. The award cited his “ingenious and careful use of newly available data to address fundamental questions in finance.” His work has been cited in the Wall Street Journal, the New York Times, Financial Times, U.S. News & World Report, Money magazine, and a 2005 speech by former Federal Reserve Chairman Alan Greenspan. He has also appeared on CNBC’s Closing Bell and Squawk Box, CNN, FOX, and Bloomberg. He earned a bachelor's degree in industrial management and industrial engineering (with distinction) from Purdue University, a master’s degree in management from Purdue, and a PhD in finance from the University of California, Los Angeles.